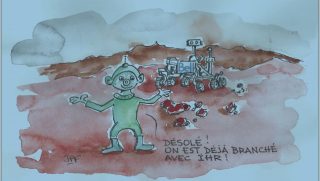 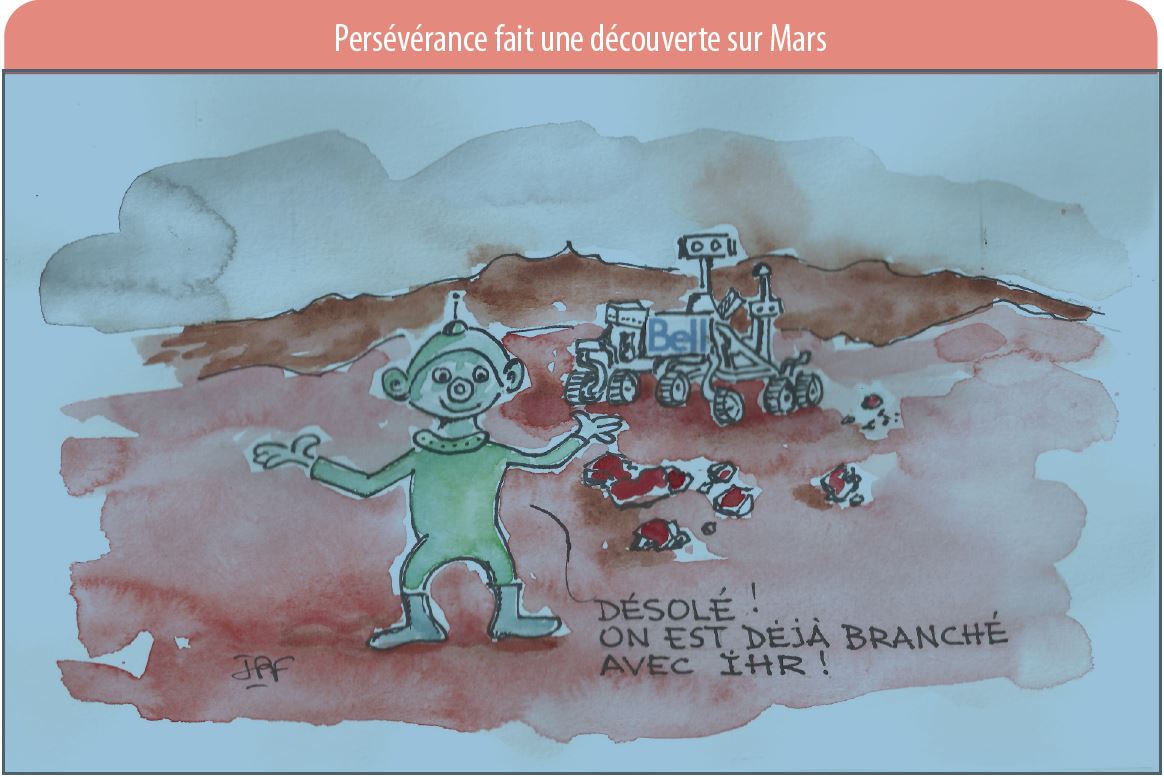 There is general agreement on the need for efficient, reliable, and affordable access to high-speed Internet and it is readily agreed that it is now an essential service, especially for working from home, studying, and maintaining social and family contacts.

Faced with the reluctance of the large telecom firms to deploy such networks in rural areas, because it is not very profitable where the population density is lower than in large cities, cooperatives, and nonprofit organizations (NPOs) have taken over, often supported by city councils or regional county municipalities (MRC). Not in the pay of greedy shareholders like those of large firms, cooperatives and NPOs are more likely to offer quality service at an affordable price.

In 2017, the federal and provincial governments finally decided to fund such initiatives and open the purse strings to bridge regional disparities in Internet connectivity. This is how, in Brome-Missisquoi, IHR Télécom, an NPO from municipal circles, obtained the mandate to build a fiber optic network to the home (FTTP, fiber to the premises) in underserved areas of the MRC.

The beginnings were slow and difficult, with Bell and Hydro-Quebec, the owners of the poles, showing reluctance to allow fiber wires to be hooked to their structures and to carry out repairs to the poles when required. However, by dint of determination and patience, we are finally starting to be connected in Pike River, Notre-Dame-de-Stanbridge, Stanbridge-Station, Bedford, Canton de Bedford, Saint-Armand and Stanbridge East. And work is progressing rapidly in Dunham, Frelighsburg and elsewhere.

The lucky ones who are plugged to the IHR network can tell you, it works wonderfully. As far as I’m concerned, my Internet connection is 25-30 times faster than it was before and service interruptions are virtually non-existent, unlike what I was faced with before the arrival of fiber. As for telephony services, we have the same ones we had with Bell (display, answering machine, call waiting, conference calls, etc.), with fewer line failures and better sound quality. Not to mention that these services cost us much less ($ 28.95 versus $ 81).

In other words, for years we have all been paying way too much for poor service. We have been cheated for a long time and the commissioning, still very partial, of the IHR network, is a glaring demonstration of this. Those responsible for this scam, because that is what it is, are the big telecom firms, of course, but also the federal and provincial governments, who do not dare to show enough authority to put an end to the little games in which these corporate thugs are playing.

Despite the success of IHR and its ilk in recent years and despite the masterful demonstration of the effectiveness of this approach, the current government of Quebec is doing everything to sabotage the work. We seem to have decided to take cooperatives and NPOs out of the issue of high-speed Internet connectivity. Since the spring of 2020, the Quebec government tends to reject bids from cooperatives and NPOs and instead grant mandates to large telecom firms.

When I asked for access to the bids presented by Bell, which had just obtained three of these mandates in the Haut-Richelieu MRC (in May 2020), I was denied access, the prosecutors of Bell alleging that this is non-public information, even though the sums received by the company for these mandates do indeed come from our taxes. My requests to know the nature of these warrants also went unanswered. I did not receive a response either when I wanted to know if, regarding these mandates, Bell would bring fiber to the home (FTTP) or if another technology was considered. In September 2020, four months after the mandates were awarded, I learned from a reliable source that Bell’s quotes had not yet been drafted. Does this mean that these contracts were awarded without a proper bid being submitted ? Does this mean that the bids submitted by cooperatives and NPOs have been shelved and that the mandates have been granted according to a new procedure whose details are unknown ? If it’s not criminal, it is administratively delinquent to say the least. At the time of this writing, these questions remain unanswered. 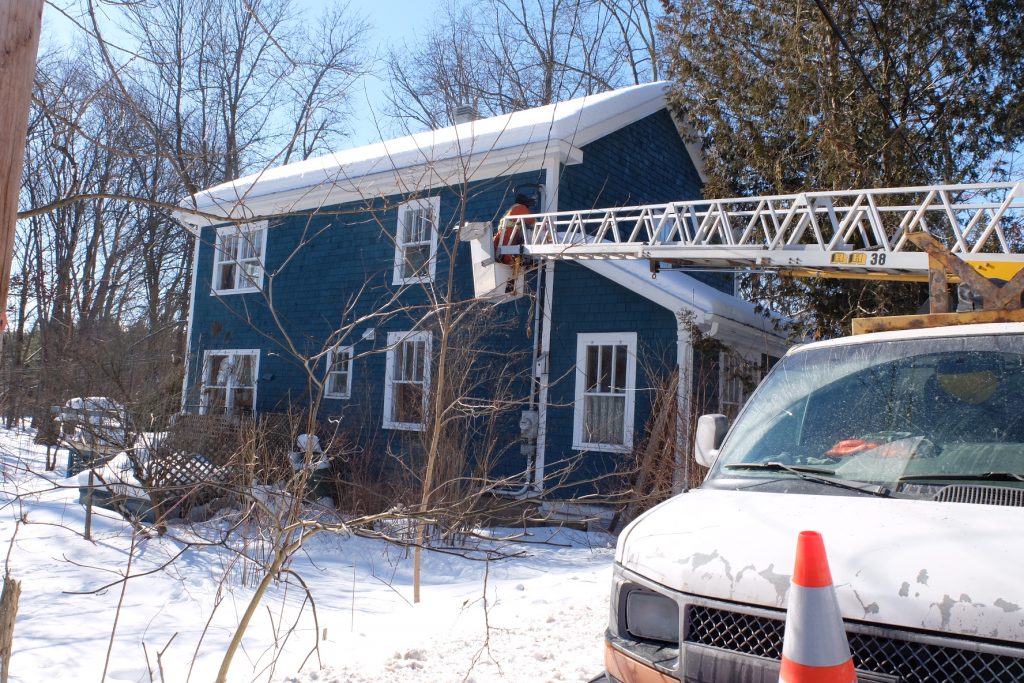 This silence could legitimately lead to believe that our elected officials in Quebec have succumbed to the misleading speeches of the lobbyists who represent the big telecom firms : this government is in the process of abandoning fiber to the home (FTTP) in favor of a wireless service (4G LTE and soon 5G) or cable, technologies that are less efficient, less robust and less reliable than FTTP.

This lower quality service would also be offered by the same companies that have been charging indecent prices for decades for mediocre services. We are trapped by the Bells of this world, with the complacent complicity of our elected officials. Find the mistake !

On February 19, we learned that the Quebec government will invest 450 millions in a project to put 298 satellites into low orbit as of 2023, enveloping the planet with a gigantic grid of antennas, in order to offer Internet connectivity by cell. In short, our money is used to steer us in the wrong direction by prioritizing wireless connectivity rather than fiber optic.

Should we thank our elected officials for setting this trap for us, for the benefit of the companies which, for decades, have been selling us woefully mediocre services that we all paid much too dearly ? If we let them continue like this, I bet a major telecom firm will soon be looking to buy out the fiber optic network built and operated by IHR. When we get there, we must not let them do so if we want to preserve the quality of the services and the decency of the prices that IHR currently offers us.

At this very moment, IHR technicians are busy connecting fiber optic terminal cables to residences all over Armandie, while others, elsewhere on Brome-Missisquoi territory, are continuing the deployment of the network. This is what must happen, and no one should be allowed to stop it. Citizens are now well informed, and they would not accept going backward.

The citizens of Brome-Missisquoi who can now connect to the IHR fiber optic network, as well as those who will be able to do so in the coming months, recently received in the mail an apparently interesting offer from Bell Canada. We are told that the company can now offer us a high-speed Internet connection at a rate approaching those that IHR provides with its fiber optic network.

Bell has a funny definition of the concept of high speed : its ad advertises a download speed « up to 25 Mb / second », which means that very often, not to say most of the time, it will be significantly less. In comparison, IHR provides me with 400 Mb / second at a comparable price. We should not be taken for fools !

Those who have used this “up to 25 Mb / second” (when all is well) Bell service for years can assure you that it is significantly below what every home worker needs to earn a decent income. Virtual meetings are a really trying experience at such a speed and, in addition, you will inevitably exceed your package, which will result in heavy overcharging…

Also, you should read the ad carefully before signing. The discount offered is only valid for two years and it is clearly specified (in smaller print) that the base rates could increase at any time during this period.