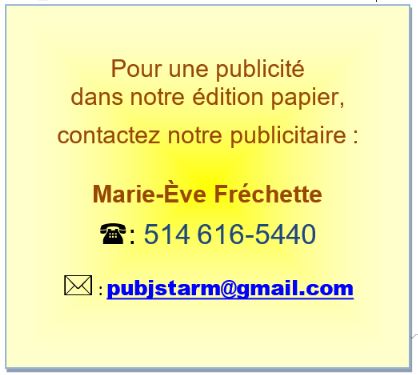 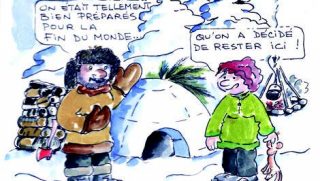 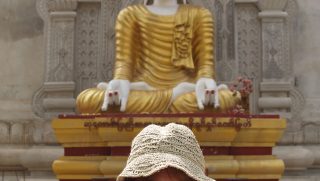 Upon returning to Canada from the U.S., after being away (India, Europe, U.S.), I had 2 choices : Ontario or Quebec. The problem with Ontario was the lack of French culture in the Hamilton area. I was born in a French-speaking family but grew up in an English-speaking world.

Why did I choose Val-David, Quebec ? Some acquaintances lived in the village. A couple I knew, Karim and Danie, originally from France, bought a rundown motel/pension on Lac Doré and transformed it into a Taj Mahal. The place had 15 rooms (1 1/2s) which they rented as pensions for $300 a month. The hotel was named the Prema Shanti, and was a world in itself. It was full of yogis, writers and other types of eclectics.

The town was and still is the Art Capital of the Laurentians, it is also the Quebec Capital of Cross-Country Skiing. As well, Val-David was famous for its annual 1001 Pots pottery festival. What an oasis in a mad mad world ! Yes indeed the Québécois are a superior race – Latinos in a northern setting.

I started painting again, and eventually became an impresario, representing the weirdest, most talented, kindest and most dysfunctional artists in the Grand Nord. I also evolved as a human being and even got involved in politics. I voted for the Parti vert since its candidate was a vegetarian as I am, and yes, Val-David itself is a very vegetarian town. It is also a yogic town, which was reflected in its music. Patrick Bernard and Anuradha Dasi (a Bharat Natyam dancer) were headquartered there at the same time as I was. The musical group Azul with Michel-Ange spent its time between Val-David in the summer and Costa Rica in the winter. Val-David also had the advantage of being only 1 hour away from the largest Buddhist Ashram – the TaoBao Son Monastery–located in Arundel, just south of Mont Tremblant. My main artist Walter Covanti and I spent wonderful hours repainting their many statues in their 1000 acre Campus.

One year, I organized a festival in Sainte-Agathe, in Parc Lagny, right beside the lake. We had artists, musicians and filmmakers including my cousin Florence Bolte and her husband André Leduc were part of the show. They had performed their magic all over Europe, Asia and the Americas, and even won an award at Cannes.

I was determined to persuade them to move their entire operation to the Laurentians, but they had something else in mind. They invited me to visit their cottage in Saint-Armand, and they wanted me to move to the Townships. At the time I was convinced that Val-David was the centre of the Universe, so why would I consider moving to such a quiet and quaint place ? Obviously, André and Florence won. I quote André ‘‘Mont-Tremblant didn’t make you tremble, but the Goliath of Saint-Armand defeated Val-David’’. Four years ago, I met my wife, Jo-Anne, in Val-David, and she was an important evolution for me. Now both of us visited Saint-Armand, and for her, it was love at first sight. We had never seen so many people going for promenades on Pelletier sud, in front of Florence and André’s chalet. Lo and behold, not long after our visit, the house across the street from theirs went up for sale, we made an offer the same day we saw it, and the rest is history.

What do we particularly like about Saint-Armand ? The neighbours (a surprising number of them) getting their exercise by walking along the road, the lovely views of the fields and mountains which you come upon quite suddenly as you drive around the back roads (as we’re so fond of doing), the longer growing season, which is a particular delight if you want to grow organically, the truly bilingual people, the General Store, the Wednesday night knitting group at the Community Centre, the truly efficient and helpful CLSC …the list goes on. We’re hoping to stay here for a very long time.

We still love the Laurentians and we visit there regularly. We have no problem with the Montreal Traffic (we leave at 4 am) but we love to come home. Yesterday we came back from Val David and we love the semi-tropical breezes in Saint Armand.

I was affectionaly criticized by my Val Davidois friends for leaving the promised land for Saint Armand. What does Saint Armand have that we do not they ask.

Well they say Val-David has lady mayor who cares about the poor and the artists.

Well I say the mayor of Saint Armand helped me defeat my old nemesis Bell Canada and got us cheaper and better internet (Xplornet), with even more gigs.

Conclusion ; Val David is still a wonderful place but the population is growing, so many new sub divisions, lots of traffic, too much snow.