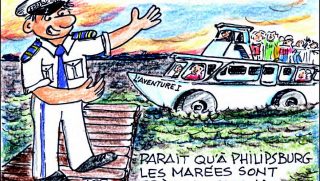 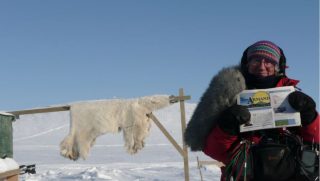 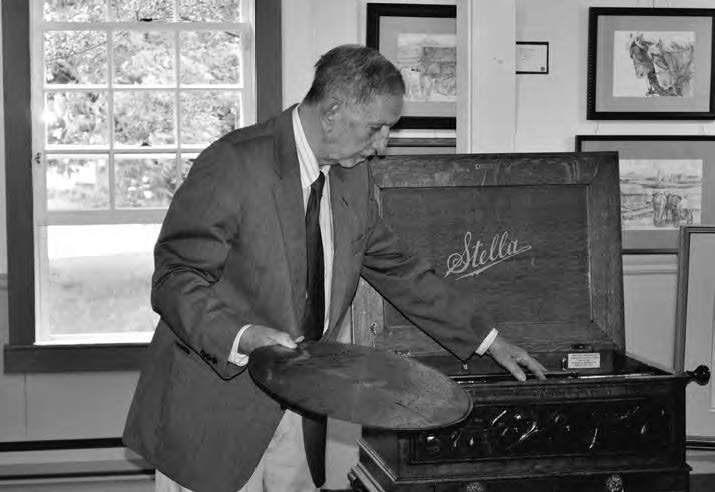 Missisquoi Museum 2011 season’s opening took place on May 29th ; the museum is now opened every day until mid-October.

The « Stella » music box was created by Mermod Frères of Ste Croix Switzerland in 1897. It is enclosed in a mahogany case with a carved front panel and plays metal discs that contain popular tunes from the end of the 19th century. At the time, the music box was sold at the cost of $175 and the discs cost $1 each. It will be a pleasure for the Missisquoi Museum to play the music box at special occasions and to hear the lovely melodies from over 100 years ago.

This season the museum will feature two main exhibits the first at the Cornell Mill site in Stanbridge East, the second at the Wallbridge Barn site in Mystic :

Using oral histories of farming people from the Eastern Townships and Missisquoi County along with artefacts from the collection, this exhibit will look at the evolution of farming in Quebec. This exhibit was developed as a part of the Quebec Anglophone Heritage Network’s  « Spoken Heritage On-Line Multimedia Initiative » and funded by the Department of Canadian Heritage.

Aside from the main exhibits, the Art Exhibits organized by the Carrefour Culturel of Stanbridge East have taken residence in the Paige Knight Gallery situated in the Cornell Mill site of the Missisquoi Museum. All through the season, from the end of May until mid -October, several talented artists will present their work to visitors of the Museum.