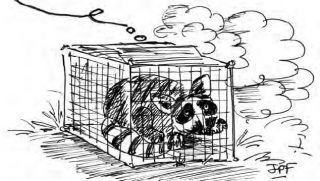 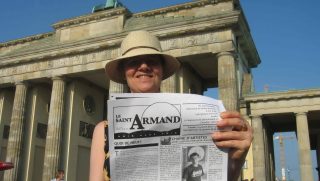 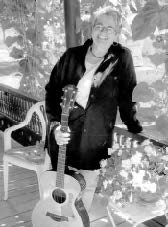 How well do you know your blues ? What about Delta blues ? What if you were to discover a Delta blues singer-songwriter-composer in your midst ? Say hello to “BluesBette”, better known to the people of Pigeon Hill/Saint-Armand as Betty Piette.

A native of this region, Betty’s roots run deep, both geographically and musically. Born and raised in Dunham, Betty and her siblings lived with music throughout their youth ; their father played the fiddle, their mother strummed on the guitar. From her very first guitar-picking interpretation of the well-known “Davy Crocket” theme song at the age of 11, Betty took to this instrument with a passion. Of course, there were many of life’s twists and turns along the way, but music remained a beacon through-out. This is all more worthy of note in that Betty is a self-taught musician who has played her way through a wide gamut of rhythms and musical styles before coming into her own at the age of 50 and reaching into the undiscovered world of delta blues.

To scan the progression this musician has made over the years, we need to step back in time to the early fifties, when Gene Autry (remember him ?) strummed cowboy tunes on his guitar while riding his beautiful palomino (what was his name ? ? ?). Betty’s quick to state that her fondest memories lie in this epoch, from the mid-fifties to the late 60’s, when Bill Haley’s rockabilly style kept kids hopping. Fiddling tunes such as “Old Joe Clark” and a lesser-known oldie called “Ragtime Annie” also became her favourites. She also found her inspiration in Johnny Horton’s country sounds, and brought some of his style to the stage of her first live paid ‘gig’ in 1961!In later years, Betty also enjoyed Dinah Washington’s melodies, Peggy Lee’s interpretation of “He’s a Tramp” and some of Billy Holliday’s finer blues renditions. Betty spoke about her discovery ten years ago of an artist by the name of Doc Watson ; this happened while looking for music-learning tapes in a Montreal music shop. She was totally enthralled by this man, known as one of the fastest guitar pickers in North America, and he actually does it in the Key of D ! So over the years, she worked at perfecting a style based on all of these wonderful musical encounters.

Finally, we would be remiss if we forgot to mention David Hébert, one of Betty’s mentors and the man who brought the Delta blues style into her musical life. He’s also the musician with whom she played in the Back Porch Blues duo on the veranda of Saint-Armand Town Hall at the time of the farmers’ market, and every month for at least seven years at the Stanbridge East Coffee House.

And so, at the end of the day, when iron-tough Betty leaves her business persona in the background, open-souled BluesBette sits quietly at home in the rustic tranquility of Pigeon Hill, honing her skills and preparing for her ‘gig’ at the Saint-Armand FeFiMoSA…

And we all know its ‘gotta come easy’…

Comment : A Texas blues singer by the name of Bluesdog had this to say about the music Betty recorded on the www.showcaseyourmusic.com Website : “I really like the sound. Not many true blues sounding acts here, but that’s what you bring.”