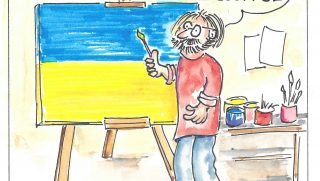 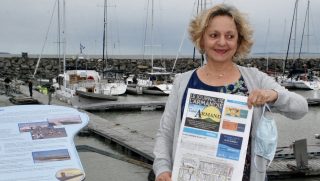 Formed from Ancient Greek φυτό (phyto), meaning ‘plant’, and Latin remedium, meaning ‘restoring balance’, this word refers to a cost-effective plant-based approach that takes advantage of the ability of plants to concentrate elements and compounds from the environment and to detoxify various compounds. Several field trials confirmed the feasibility of using plants for environmental cleanup1. Willow trees and shrubs are commonly used in phytoremediation. Remediation of contaminated sites or grey waters using willow crops have produced promising results2. Willows’ high evapotranspiration potential allows them to treat large amounts of water3, and they can neutralize even some pesticides found in the soil using three mechanisms : (1) degradation via enzymes and microorganisms found in the rooting zone, (2) plant uptake followed by translocation and metabolism with their tissues, and (3) volatilization via plant transpiration4.

What is a riparian osier-willow buffer strip ?

Osier-willow is used in basketry and wickerwork crafts. It is grown in coppice cultures of willow where the sticks are harvested on an annual basis. Such a crop implemented on a watercourse bank is called a riparian osier-willow buffer strip and it can filter and neutralize pollutants coming from agricultural fields before it reaches the water5. The results of many studies suggest that a 10 meter wide and 1 kilometer long (one hectare) riparian osier-willow buffer strip could catch up, annually, 1.5 metric ton of phosphorous leaching from the fields upstream and that would otherwise pollute the stream and eventually the other watercourses downstream. And it will do so during 15 to 20 years. This is highly significant because we know that phosphate from agricultural fields is the main cause of cyanobacteria blooms, a major environmental problem.

What are Ecosystem Services ?

Some 65 hectares of osier plantation could solve, within few years, the cyanobacteria problem in Missisquoi Bay and sequester somewhere around 325 tons of carbon yearly.

Meanwhile, we would have also created dozens of jobs and generate more than enough revenues to cover the activities and pursue research on the use of willow for cleaning water, soil and air anywhere in northern hemisphere where willow can be grown.