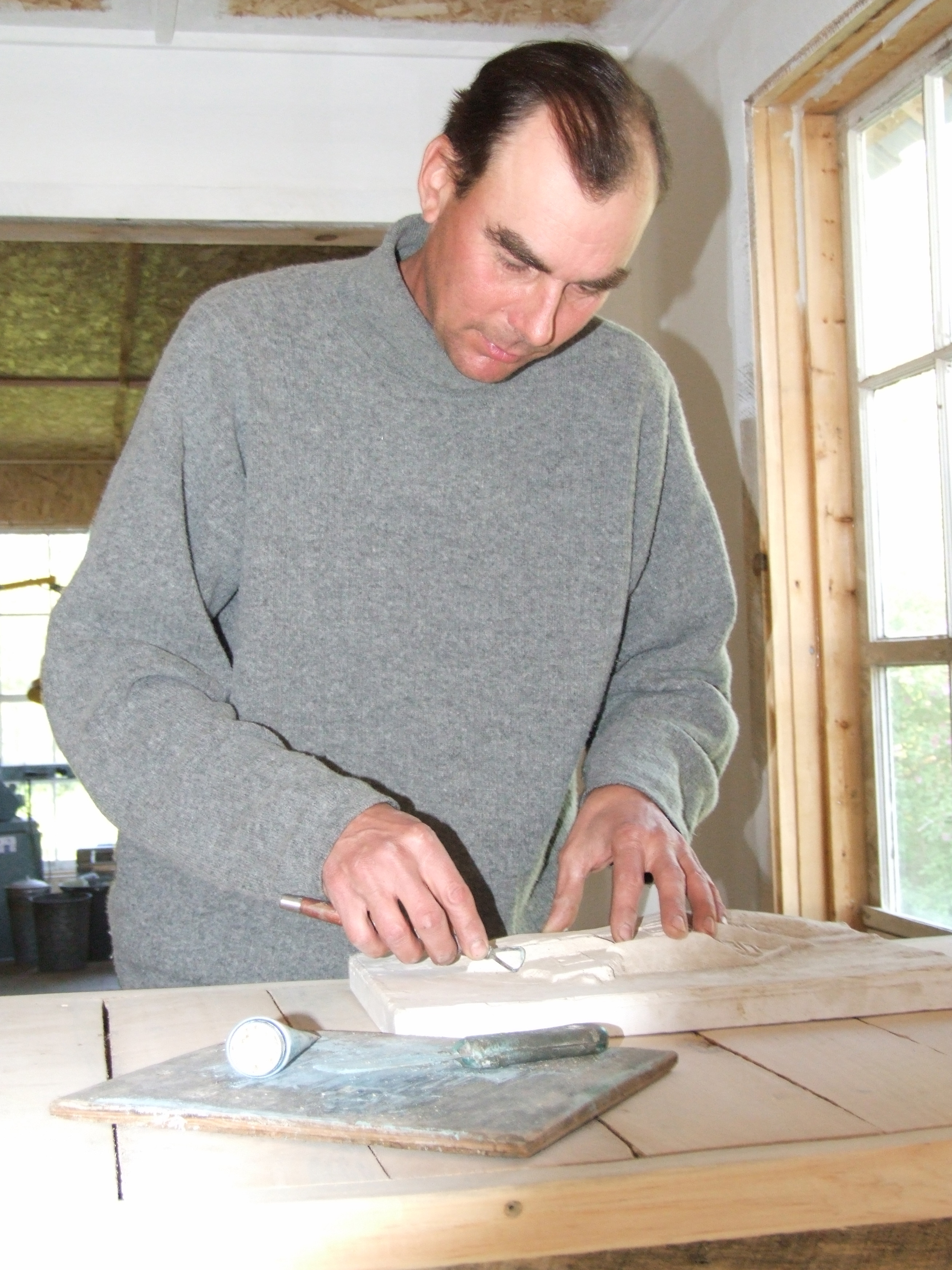 In addition to Michael  Laduke, stain glass artisan and Tony Peirce, Windsor chair maker, the Village of Stanbridge East is home to another artist, Yvan Pellerin, sculptor. Yvan studied plastic arts (sculpting and modelling) at Cégep Saint-Laurent. Following his studies, he worked with the sculptor Daniel Pierre Lamothe, founder of the Dapila, a company focused on visual arts and sculpture. Yvan was a founding member of “la Ligue d’Arts Visuel Instantanée” (LAVI), which created twenty “direct painting” or “live painting” improvisations in affiliated sites throughout Montreal and was the grass roots of  a number of “fanzines” or non professional visual arts publications.

Yvan taught graphic advertising arts for the Commission des écoles catholiques de Montréal (CECM) and created a theatre using marottes or giant marionettes in Laval. This led him to this area where he conducted workshops on creating marottes at the Commission scolaire Val-des-Cerfs. Yvan and his wife Alexandra ultimately moved to Stanbridge East almost 14 years ago, where they chose to settle and raise a family.

Throughout his career, Yvan has been featured in over 30 oil and acrylic painting expositions and is a passionate proponent of sculpting. For over 20 years, he has preferred to create and paint landscapes and sculptures from an impressionistic and surrealistic rather than an abstract perspective. Yvan gains much of his inspiration by conducting extensive research from many written references from both the modern and ancient periods and architecture holds a particular place in his work. Yvan pursues his three dimensional explorations through the conception and creation of latex and silicone moulds that he makes in his workshop. He enjoys the meandering of history, which has brought him from the middle ages, through the renaissance and into the modern era, providing inspiration for the art he produces. The majority of his sculptures and carvings are made using modelling clay and other materials such as wood, polystyrene, plaster, etc.

The « Atelier le Petit Roi », which Yvan founded with his wife in the heart of the historical Village of Stanbridge East, has more than 200 different statues, fountains, bird baths and a multitude of murals made from concrete and reconstituted stone. Yvan continues to create new works and develop new methods to pursue his works of art in his new studio located at 23 rue River, Stanbridge East. Alexandra et Yvan Pellerin, 450-248-0767.