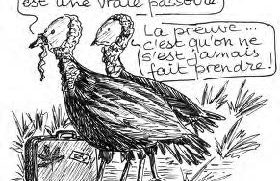 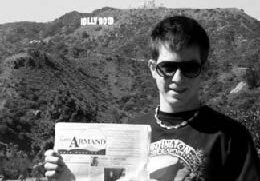 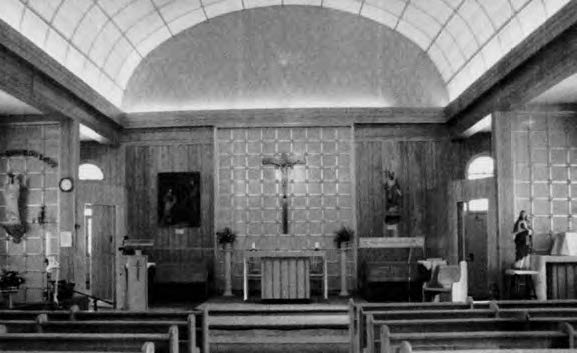 The actual inside of the church  (Photo : s.h.p.f./Nicole Dumoulin)

The History and Heritage Society of Frelighsburg organizes a 20 km tour, starting either from Philipsburg or Frelighsburg that will give visitors the opportunity to appreciate our religious heritage as well as our culture that is a mix of French, English and Dutch origin.

Up until June 1920, regular masses are celebrated at the village’s catholic school. The parish priest of the parish of Saint-Armand, Father Langelier, and several other benefactors of the Catholic Mission at Philipsburg felt the time had come to acquire some land and build a chapel. A suitable site was found on lots belonging to the Wallace Sandstone Quarry Ltd. and land owned by J.Arthur Landry, who had bought the property earlier from Finley A. McRae for the sum of $ 500.00.

The plans for the new church are drawn by an architect named Turgeon from Saint-Hyacinthe, and a contract is signed with Pierre Trahan on 26 April 1921 to build the chapel at a cost of$ 12,700. On 12 May 1921, the first wagon-load of building material arrived from the Saint-Armand station and by 30 July of the same year the building is completed to the satisfaction of Olivier L. Bibeau, Phidime Fortin and J. Arthur Landry, the three men in charge of the project. Parishioners enthusiastically celebrate the first mass in the chapel which is consecrated by Bishop F.Z. Decelles, bishop of Saint-Hyacinthe, on 28 August 1921. A house for the parish priest is built a few years later at a cost of$ 6,200.00 and is ready for occupancy on 28 December 1926. A long awaited bell is installed and blessed on 10 July 1927. The original chairs are replaced by pews in 1931 thank to the gift of a generous benefactor.

The chapel remained a « chapel-of-ease » of the parish of Notre-Dame-de-Lourdes in St. Armand until it was founded as the parish of St-Philippe de Philipsburg in 1925. Abbe D.E. Breton then took charge of services until 1926 when he was succeeded by abbé M.M.A. Lavallée, who served as first rector when the church was canonically erected as a parish in 1930 by the bishop Mgr. Philippe S. Desranleau.

This chapel simple in architecture and choice of materials has a broader vocation. Through the devotion of Miss Louisia Riendeau an altar was dedicated to the Blessed Virgin Mary under the title of « Notre-Dame-de-Laus”. In the church, it is still possible to admire the gold-embroidered cope that was on the statue of the Virgin Mary at the Shrine of Notre-Dame-de-Laus in the French Alps. There is also an area set aside outside the chapel for quiet reflection and devotion by pilgrims.